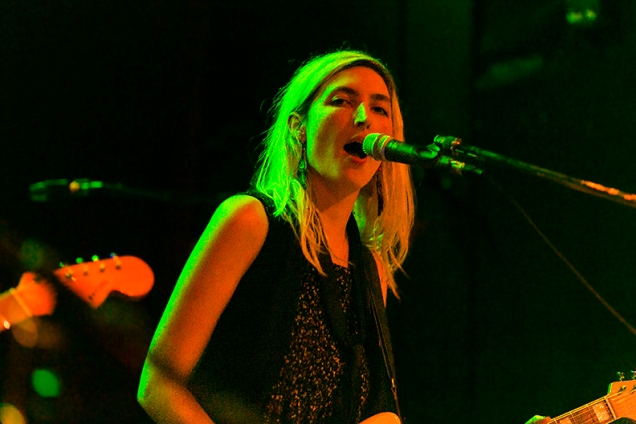 All-girl LA quartet Warpaint were in town on Friday the 17th to do some promotion for their self-titled sophomore album, due out January 22nd. Added to the schedule was a surprise show in Williamsburg, Brooklyn, in Union Pool’s tiny 150-person capacity room. Tickets were free, but given out through several local record stores. Appropriately enough, most of the stores gave away their allotment of tickets via online contest, so you didn’t actually have to go to the record store. That’s right, the record store wanted you to use the internet instead of going to the store where they sell records.

Needless to say, the show “sold-out” quickly. Though there was no opening band the late show started even later, after 11pm. But no one in the audience seemed likely to complain. Last time Warpaint were here, back in October, they played the spacious Music Hall of Williamsburg, and their tour brings them back to NYC in March at the even more spacious Webster Hall. So anyone seeing them in a room about the size of a (non-NYC) living room probably felt pretty good just being there.

The setlist consisted mostly of songs from the new album, and while the music and lyrics still have a somewhat sinister vibe, the new songs sounded a little less atmospheric than songs of their first record, The Fool,  and a little heavier on dance/R&B beats. Which, whatever you think of that, does make them sound a little more current.

On the whole, Warpaint are a pretty great band. There’s no real drop-off between co-lead vocalists Emily Kokal and Theresa Wayman, and the rhythm section of bassist Jenny Lee Lindberg and drummer Stella Mozgawa is as solid as they come. 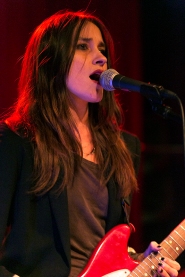 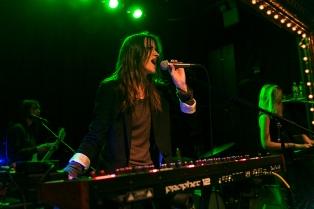