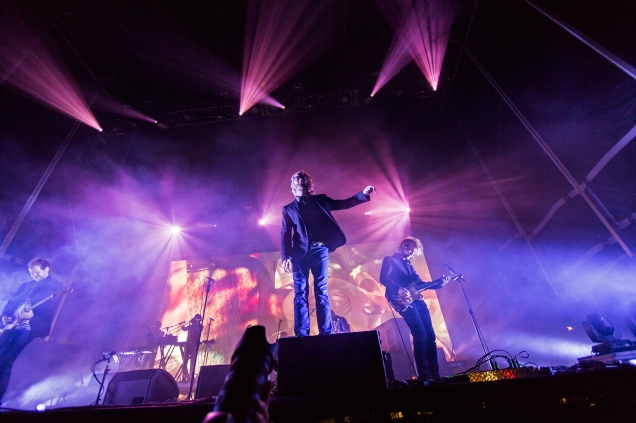 Brooklyn indie-rock stalwarts The National closed out the 2015 Treasure Island Music Festival on October 18th with a Sunday night headlining set. The band haven’t released a record since 2013’s Trouble Will Find Me, and lead singer Matt Berninger is focused on his side project, EL VY, at the moment, so their Treasure Island set was one of only a handful of National shows this year. But the band are a pretty well-oiled machine at this point and played a couple shows in LA leading up to Treasure Island and generally seem to have this whole “rock concert” thing down, so unsurprisingly they played a great set to close out a pretty great weekend of music.

The National are reportedly working on their next record, and previewed a new song, tentatively titled “Checking Out” (the title being extremely tentative, as Berninger noted the night before it was titled “Roman Candle).  The band also brought out Chvrches’ singer Lauren Mayberry, who’d played the previous Treasure Island set, for Trouble Will Find Me‘s “I Need My Girl.”

Fans of the National only have a couple more chances to see them this year, as their only scheduled shows are at the end of December in Aspen, CO. But Berninger’s EL VY project, with  former Menomena member Brent Knopf, are currently out on tour, and hit The Independent in San Francisco on November 6th. Their record, Return to the Moon is out now on 4AD. 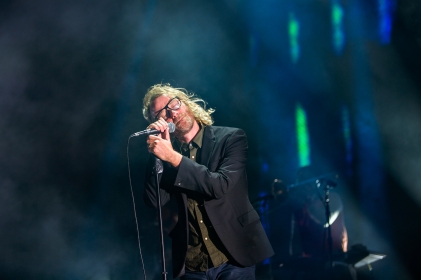 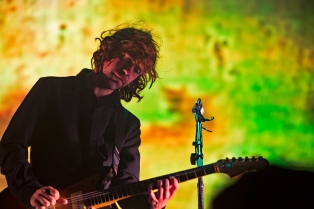 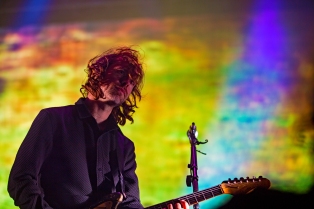 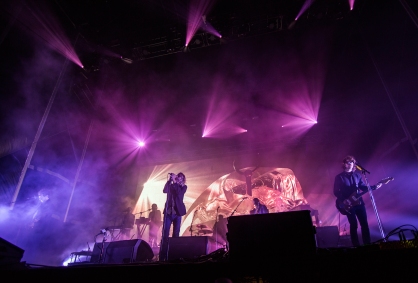