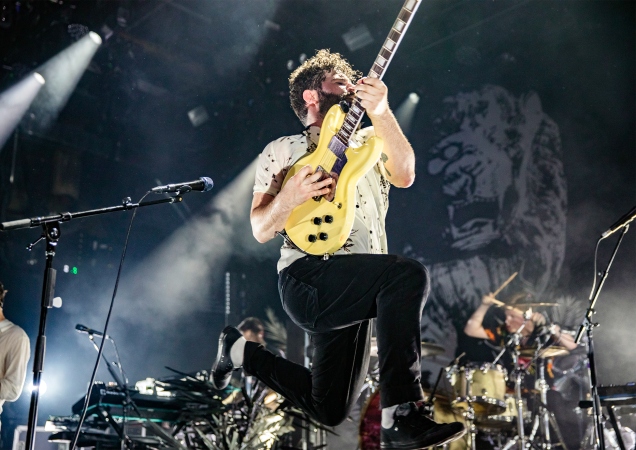 British rock band Foals, who released their fifth record Everything Not Saved Will Be Lost – Part 1 in March, played three sold-out nights at Brooklyn Steel April 12-14. Check out photos from night 2 below… END_OF_DOCUMENT_TOKEN_TO_BE_REPLACED 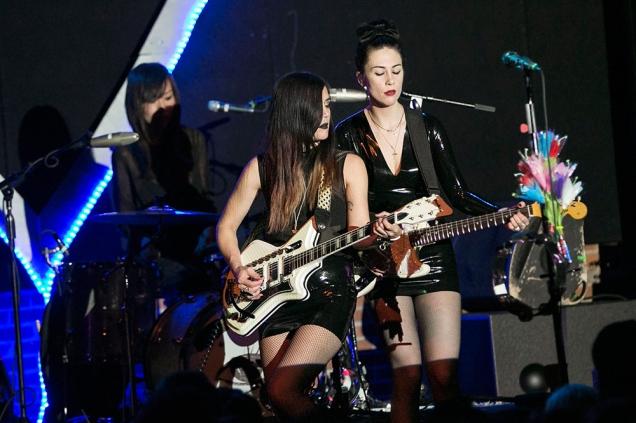 Touring in support of their new record, Too True, Dum Dum Girls played the second of two sold-out New York City shows on the 26th, at Music Hall of Williamsburg. Opening band Young Boys seemed to have something going on musically, though no one in the band can sing, and not in a charming kind of way. Second band Blouse were impressive. My immediate reaction was that if either the Breeders or Camera Obscura–two bands with little in common–were shoegaze bands, they’d both sound a lot like Blouse. Speaking of shoegaze, Dum Dum Girls reminded me more than a little of your typical mid-90s dream-pop alt-rock band. I mean that in a good way. Like a slightly less-rocky, more sinister version of Belly. 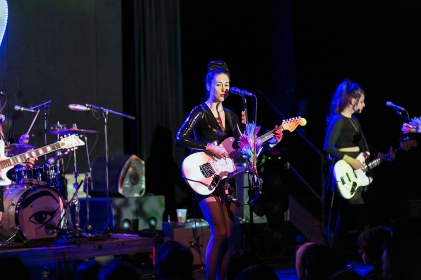 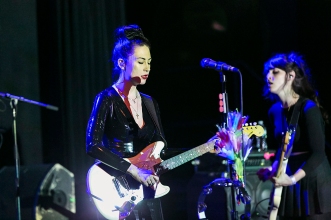 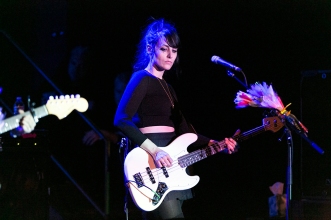 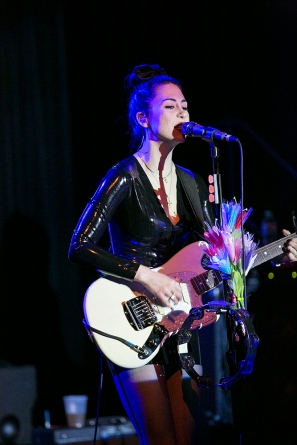 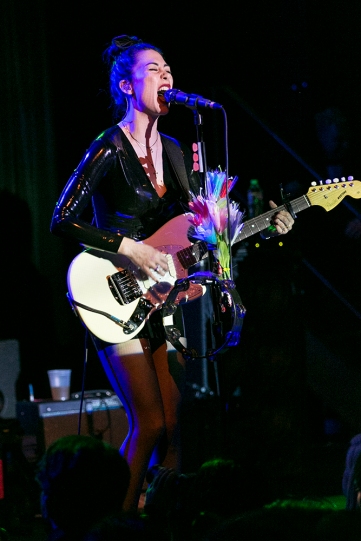 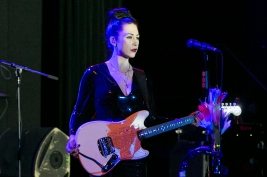 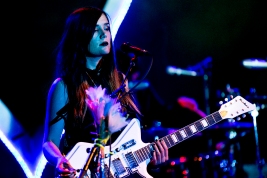 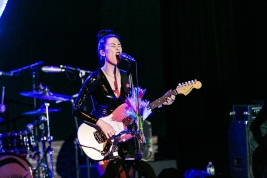 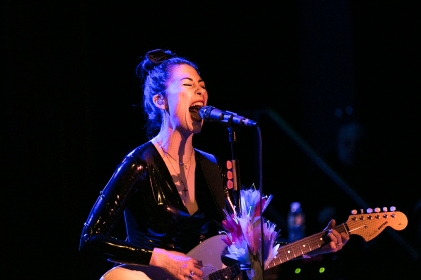 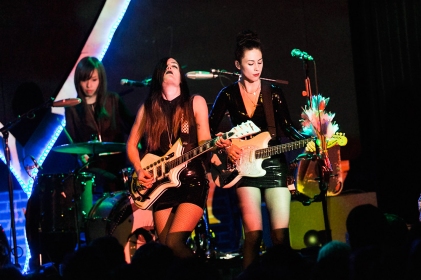 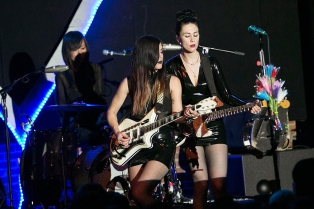 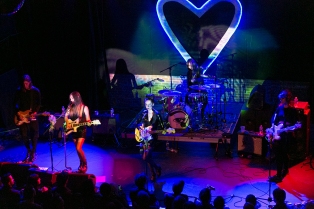 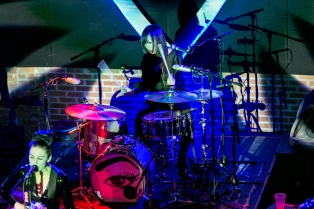 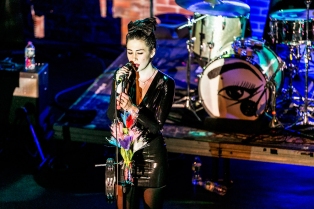 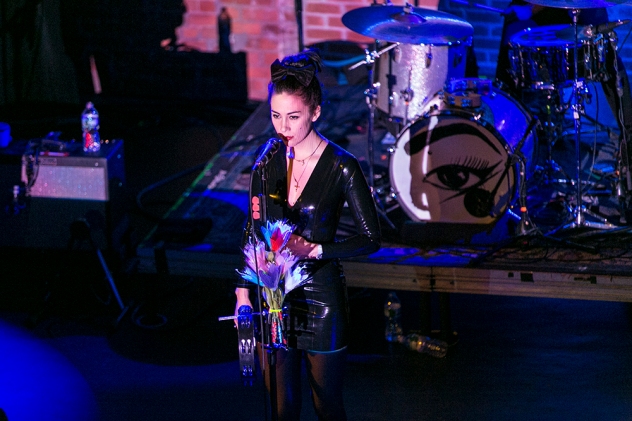 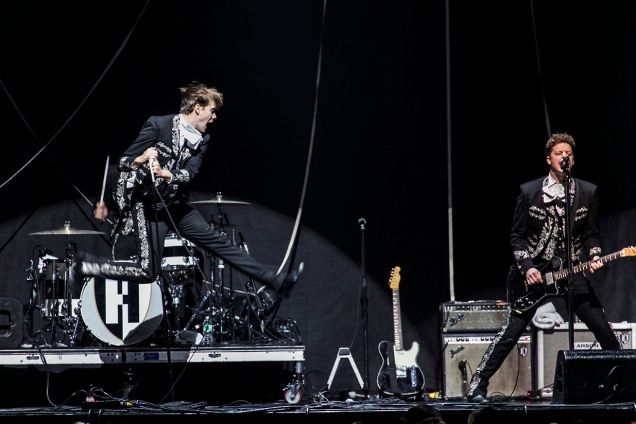 Swedish garage-rockers the Hives played the Barclays Center in Brooklyn on December 9th, their second straight night in Brooklyn, and continuing their stint as opener for P!nk. While the P!nk/Hives combo may seem an odd pairing, it at least gets the Hives into a venue that matches their usually-ironic posturing as the greatest rock and roll band in the world. While the Hives are a Tasmanian Devil of a band in a small club, their show didn’t really lose any energy in an giant arena. In fact, it just gave singer Howlin’ Pelle Almqvist room for more of his stage antics. He strutted around the stage, onto the arena floor, into the crowd, and up into the seats, constantly reminding the audience of how awesome the Hives were and how lucky they were to be there with the band. And as usual, he was right. The Hives may just be the best live rock band going right now. After more than 20 years at it, the Hives put on a frenetic but tight live show. Plus, those were some sharp-looking, matching mariachi outfits. 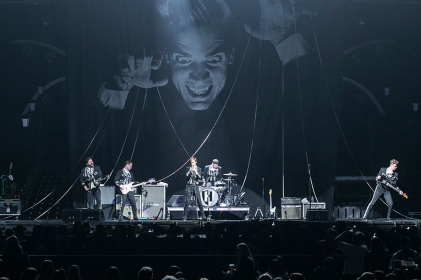 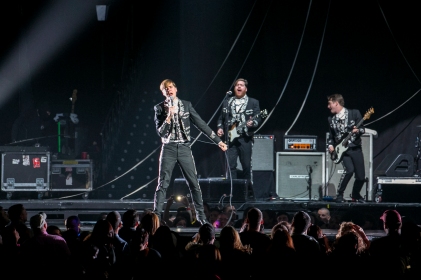 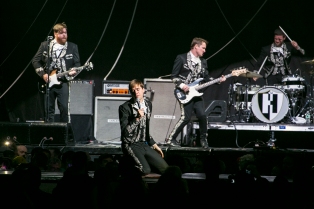 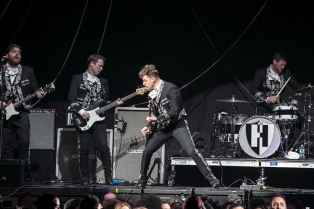 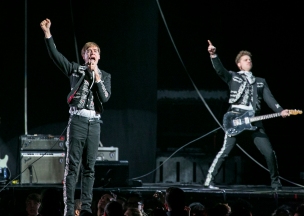 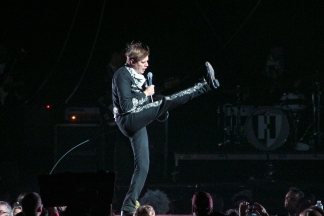 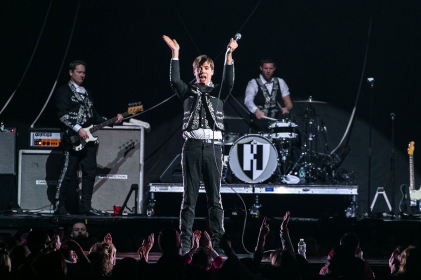 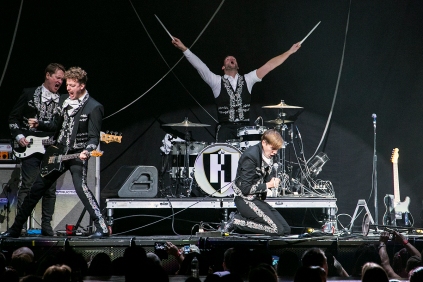 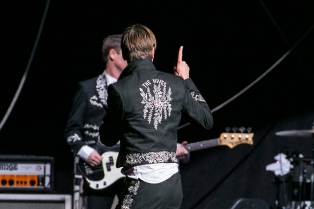 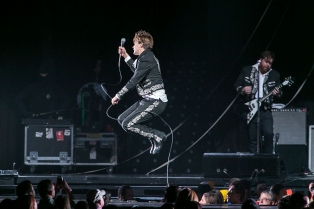 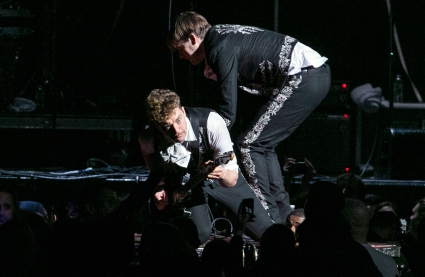 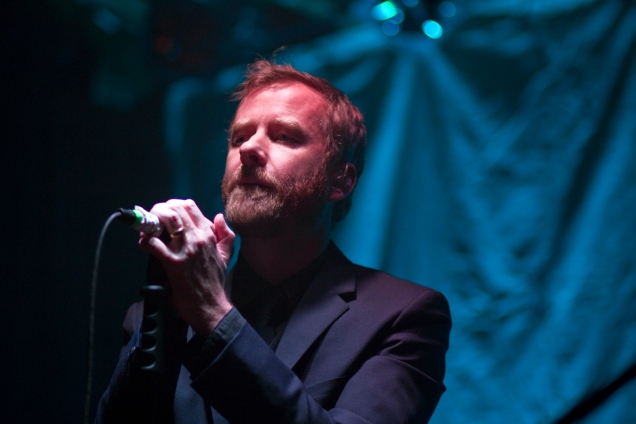 The National played a surprise show at the Bell House on March 11, the first of two “secret” shows that sold out in less than a minute. END_OF_DOCUMENT_TOKEN_TO_BE_REPLACED