If there’s one trend that’s been constant throughout rock in the last 10-15 years, it’s the rock band reunion. It’s such a commonplace occurrence that you can break the reunions up into categories. END_OF_DOCUMENT_TOKEN_TO_BE_REPLACED

Reunited 90s alt-rockers Veruca Salt are out  on tour together for the first time in about 17 years, and played San Francisco on June 26th. If that sentence excites you, hey, happy 38th birthday!

But seriously, I’ve seen a lot of reunion shows of bands in the last year or two, including Soundgarden, the Breeders, Dinosaur Jr., and That Dog, and I can honestly say that Veruca Salt might’ve been the best of them all. Though some incarnation of Veruca Salt had been active until 2012, VS co-leaders Nina Gordon and Louise Post acrimoniously split in about 1998, and the band has had a revolving door of members since, save for Post. But with hatchets apparently buried, Gordon and Post got the original lineup back together, with Gordon’s brother Jim Shapiro returning on drums and Steve Lack (Post: “His dad told us where he’d be holed up for the last 10 years) on bass.

The band sounded tight, energized, and excited to be out there, and the crowd was borderline fanatical. Which makes sense. Given the relatively short lifespan of the original lineup (1993-1997), there was a high probability that most people in the crowd hadn’t seen the group before. So they sang along with the hits (“Seether,” “All Hail Me,” “Volcano Girls”) the deep cuts, and even the b-sides. Prior to the first of two encorse, Post and Gordon emerged with a ton of roses (Post: “God bless the Independent. When you ask for roses, they actually get you roses… and they de-thorn them for you!”) and tossed them to the crowd. 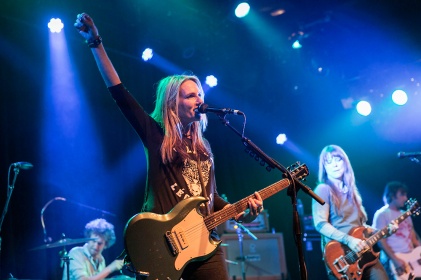 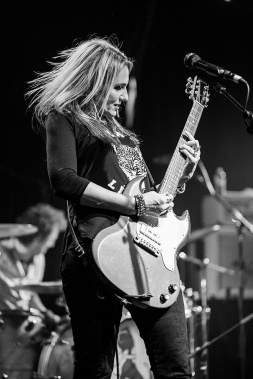 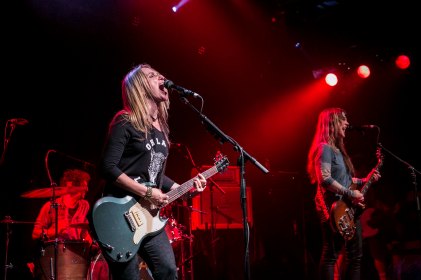 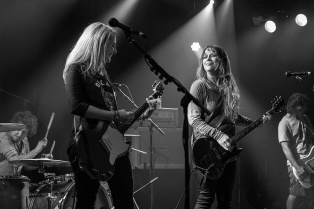 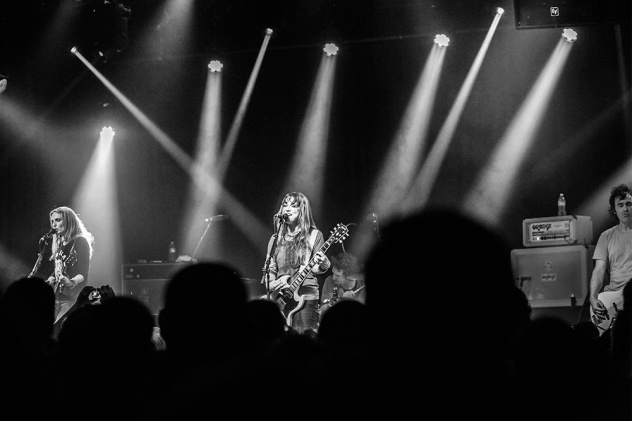