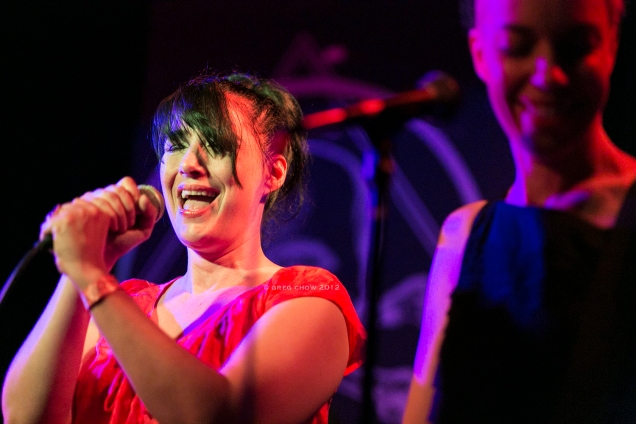 Ex-Bikini Kill and Le Tigre leader Kathleen Hanna debuted her new band, The Julie Ruin, at a Northside Festival show at Saint Vitus in Greenpoint, Brooklyn, on June 13. After a poignantly bleak set by Motreal duo Majical Cloudz, The Julie Ruin–featuring a lineup of co-Bikini Kill founder/bassist Kathi Wilcox, Kenny Mellman of Kiki and Herb fame on keyboards, guitarist Sara Landeau, and drummer Carmine Covelli–ran through a setlist of songs from their upcoming album, Run Fast, as well as songs from Hanna’s 1997 solo album from which the band takes its name. Following The Julie Ruin was Body/Head, the experimental guitar duo of Bill Nace and Sonic Youth’s Kim Gordon. Despite filling the room with guitar drones and the giant projections onstage, it was  impossible to watch the performance without the dissolution of Gordon and Thurston Moore’s marriage (and thus of Sonic Youth) in the back of your mind. 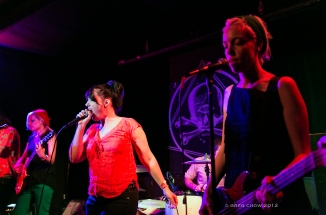 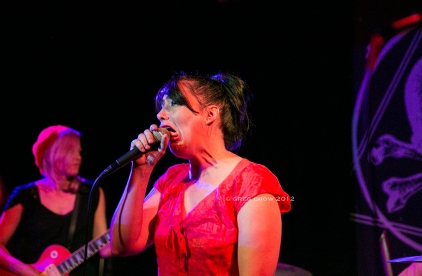