British glam-rock revivalists the Darkness played the Regency Ballroom in San Francisco, to an extremely enthusiastic Sunday night crowd on October 11th. The reunited original lineup (minus original drummer Ed Graham, replaced by Rufus Taylor), played an 18-song setlist that spanned from their first-ever single to as-yet-to-be-recorded new tracks, plus a cover of Radiohead’s “Street Spirit (Fade Out),” and saw a few low-key numbers with lead singer Justin Hawkins on piano. But for the most part, armed with their Les Pauls and Marshall stacks, the Darkness just melted the faces off of everyone in the front row.

The also had four large light cabinets onstage, that would sometimes light up in a giant FUCK.

Check out photos from the show below: 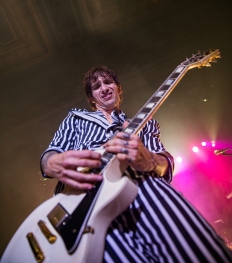 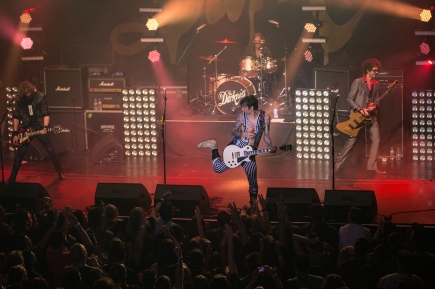 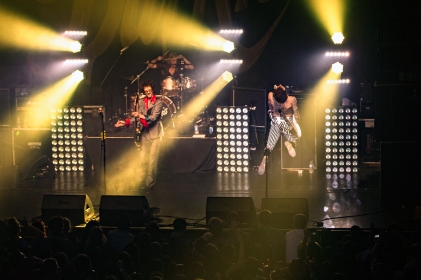