Speedy Ortiz’s 90s-inspired angular rock often draws comparisons to much missed 90s alt-rock band Helium. So it’s fitting and/or steering into the skid that Speedy Ortiz booked a tour with openers Ex Hex, the new band from Helium frontwoman Mary Timony. Of course, Timony’s recent output couldn’t be much farther from Helium’s proggy, medieval/mystical late-period sound. It’s rare for an artist to make a more straight-forward, fun rock record 20 years into her career, as a lot of songwriters try to make that “serious” statement record. But Timony seems to be plum out of serious records, especially after two post-Helium solo records that were basically journal entries set to music. There was a point in the early 2000s where it seemed Timony would disappear into a navel-gazing, harpsichord and flute filled abyss, but thankfully, after being mostly silent for much of the last decade, she reemerged with Wild Flag in 2010, and seems to have embraced her rock-and-roll-fun side. It’s the rare late-career sonic shift that’s a rousing success, and it’s reached its apex–so far–with Ex Hex.

A day after the release of their debut record, Rips, Ex Hex hit Rickshaw Stop in San Francisco. Rips is easily Timony’s most accessible work to date. It’s basically a party record from a mid 80s rom-com. It wouldn’t be out of place to drop Ex Hex into a party scene in, say, Just One Of the Guys. It’s just a fun rock and roll record, heavy on blues riffs, guitar solos, catchy versus, and–all-important to so many iconic 80s hits–the last verse key change. Timony is a supremely talented guitarist, and she’s found a perfect match–in sound and attitude–with drummer Laura Harris and bassist Betsy Wright, who also contributes two songs to Rips. Late in their set, the house speakers blew out. It’s tough to say that it was due to Ex Hex’s extreme levels of rocking, but the fact that that couldn’t be completely dismissed was a great sign for the future of the band.

For Speedy Ortiz, they’ve always seemed more reminiscent of That Dog than Helium (or the other two bands they get compared to, Pavement and Archers of Loaf). Full of slacker-sounding hooks and wandering guitar riffs, they’re carrying the torch of the retro 90s admirably. 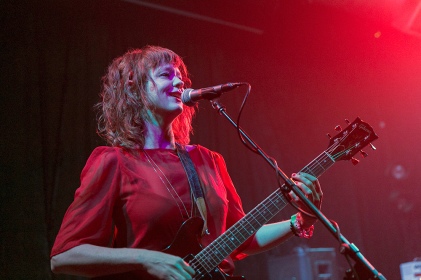 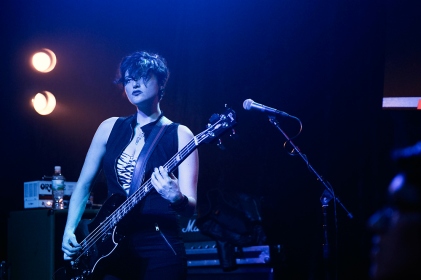 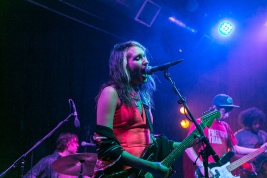 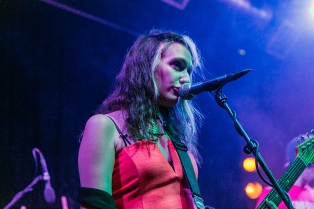 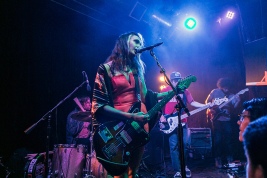