Few bands could survive the death of their last founding member/lead singer, but GWAR is not most bands. They’ve always had a rotating lineup of musicians/Slave Pit attendants, and the show was always more important than the personnel. Still after Dave Brockie–aka”Oderus Urungus”–died earlier this year, the issue of how GWAR could carry on was a legitimate question.  The answer? They’re carrying on just fine. Former bassist Mike Bishop (the original Beefcake the Mighty) returned to the fold, assuming the role of lead singer Blothar, and designer/artist Kim Dylla joined as new vocalist Vulvatron.

Obviously, the absence of Oderus Urungus couldn’t be ignored, and GWAR have tailored their live show around a storyline where they’re attempting to use a time machine to bring back Oderus Urungus. Obviously, the attempts fail, but it of course leads to many GWAR-esque GWAR hijinks- thrashing guitar lines, gallons and gallons of fake blood and other mystery liquids, and a lot of exposed asses. Naturally, the crowd ate it up. Some literally. 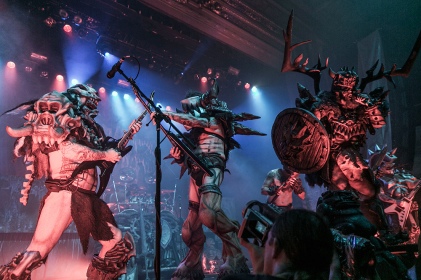 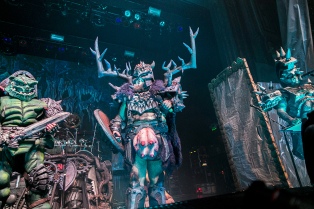 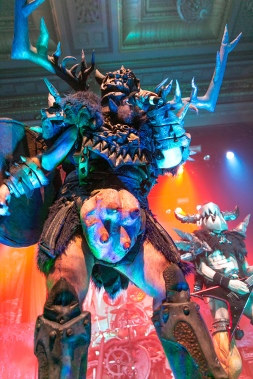 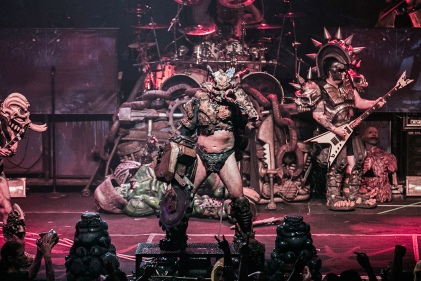