Toronto-based hardcore punks Fucked Up played the Independent in San Francisco on August 19th. Fellow Canadians and sibling trio Doomsquad opened the show with a set of atmospheric electronica, and joined Fucked Up on stage for a large portion of the set. The the crowded stage at the Independent didn’t stop frontman Damian Abraham from his usual bounding about (though he did manage to keep his shirt on for longer than usual.)

Check out photos from the show below: 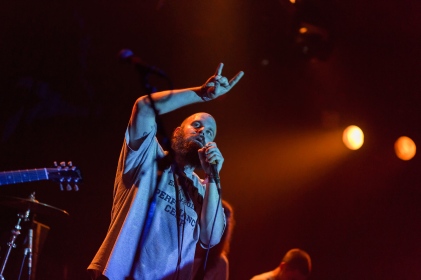 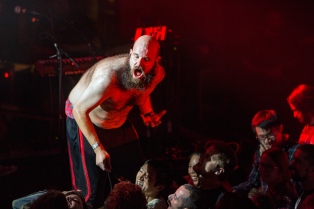 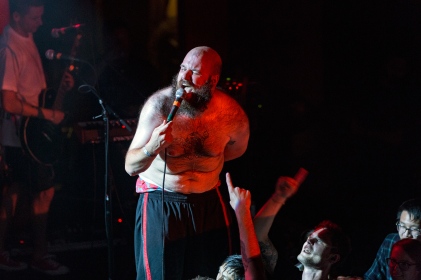