Garage-/glam-/psych-/noise-rock savant Ty Segall played a two-night stand in his adoptive hometown of San Francisco at the Fillmore, a few days before the release of Emotional Mugger, his eighth studio record since 2008 (9th if you count Slaughterhouse—and you should—recorded as The Ty Segall Band). Segall’s backing band The Muggers—featuring an all-star lineup that includes longtime bandmate Mikal Cronin, as well as King Tuff and the Cairo Gang’s Emmet Kelly—came out first in nightmarish baby masks, followed shortly after by Segall in his masked “Sloppo” persona. It was a raucous show, full of stage diving, crowd surfing, loogies, and general mayhem, plus some very enthusiastic PDA between Segall and his ladyfriend (and bassist for show openers VIAL) Denee Petracek. In all, it was a Ty Segall family affair: Frequent Segall bandmate Charles Moorhart played the second opening slot with his new band CRM, which also features Michael Anderson, the guitarist in Mikal Cronin’s band.

Segall had the crowd enthralled throughout the show, and one could say he had the crowd eating out of his hand—if he wasn’t too busy spitting in fans’ hands and literally walking all over the crowd, that is. 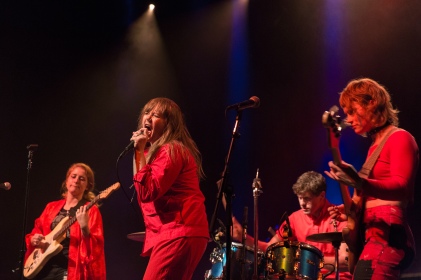 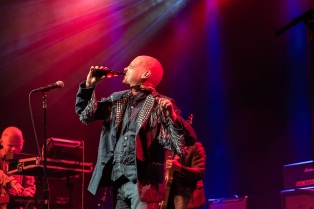 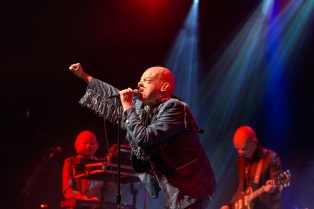 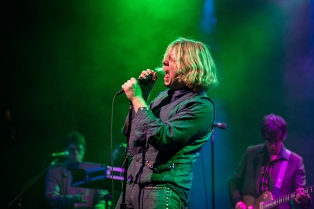 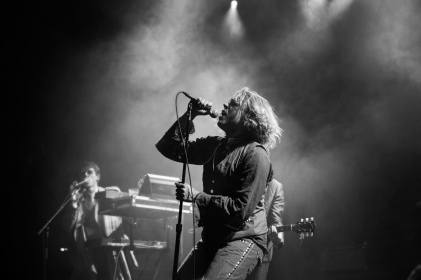 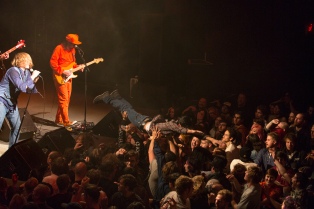 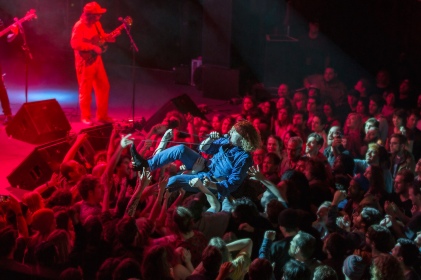 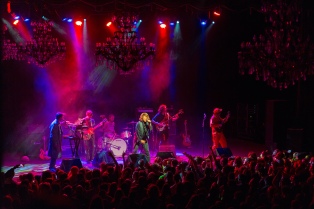