LA punkish/rock quartet Bleached wound down the last leg of their tour with a home-state show at San Francisco’s esteemed Bottom of the Hill. After an extremely energetic, mosh-pit inspiring set from LA punk pals No Parents, Bleached kept it going with a raucous set of their own. Touring in support of their quite-excellent sophomore record, Welcome the Worms, the band–sisters Jennifer and Jessica Clavin, bassist Micayla Grace, and drummer Nick Pillot–sound like they’ve taken a step forward from their 60s-rock-inspired debut, both musically and chronologically/stylistically. The band have been described as “evil Go-Go’s,” and that certainly holds up (though one could argue that “early Go-Go’s” would be just as appropriate), as the Clavins and co. seem to have perfected that melodic West Coast pop anthem sound with a harder edge, particularly on the new record. There are equal parts harmonized “ba-ba-ba-baaaas” as there are snarls and screams, and the timing of each always seems spot-on. 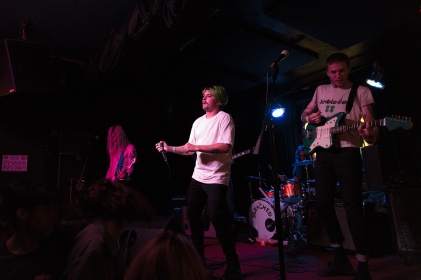 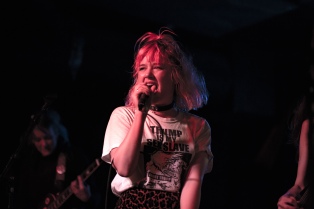 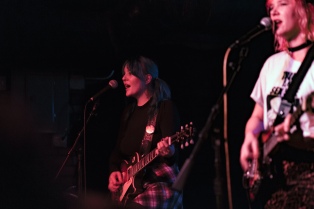 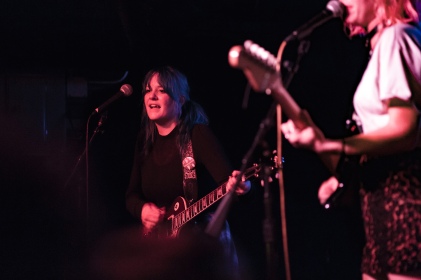 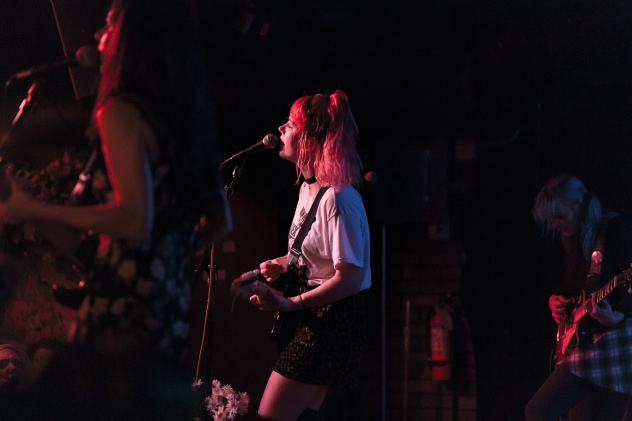