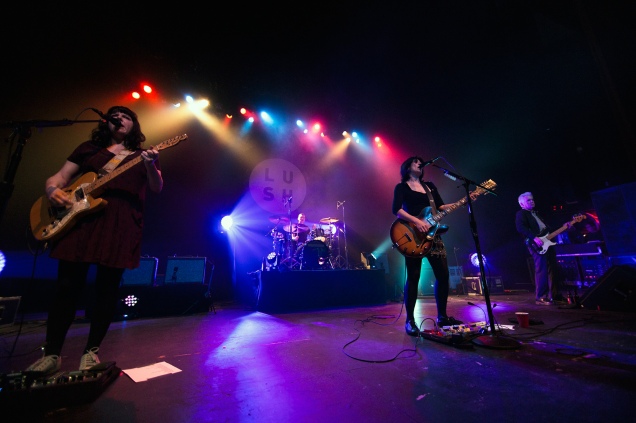 British shoegaze legends Lush recently reunited, 20 years after breaking up in the wake of drummer Chris Ackland’s suicide. Though Ackland’s death was basically the impetus for the official breakup, the band had been running on fumes for a while, exhausted from constant touring in an effort to make it big in America, while being shoehorned into the emerging Britpop scene that the band never really fit into (though they also thought “shoegaze” was a pejorative as well). After the guitar-rock driven record Lovelife (which did end up selling well), the band called it quits, releasing a b-sides collection, Topolino in 1996, and a greatest hits compilation, Ciao!, in 2001. And that was basically it from Lush. Co-frontwomen/songwriters Miki Berenyi and Emma Anderson when their separate ways, with Anderson forming a new band, Sing-Sing, and releasing two albums over ten years, while Berenyi stepped away from music almost completely, adding guest vocals on a couple records. Bassist Phil King, meanwhile, played for a number of different groups, most notably as a member of the Jesus and Mary Chain.

Somewhat shockingly, the band announced late last year that they would not only be reuniting, but would be recording new music as well. With former Elastica drummer Justin Welch on drums, they released the EP Blindspot earlier in April, just as their US tour was set to begin. Unfortunately, due to visa issues, the band was unable to make the first weekend of Coachella as scheduled, and also had to postpone their other US dates by a week. After waiting 20 years for a Lush reunion, what was another week? They made it to North America for their pacific northwest dates in Seattle and Vancouver, then the second weekend of Coachella, before a Sunday night show at the Warfield in San Francisco.

The setlist, not surprisingly, spanned the band’s entire career, including their earliest tunes like “Scarlet,” “Etheriel” and “Thoughforms,” their bigger hits like “Hypocrite” and “Ladykillers,” as well as their new single, the still-sounds-like-Lush tune “Out of Control.” The only surprising omission was Lovelife’s Anderson-penned tune “500 (Shake Baby Shake).” While that song was their highest-charting tune, it’s not surprising that more light-hearted “Ladykillers” was the Lovelife’s sole representative, given the history and mood of the band around the time of that record (and the fact that it’s generally seen as the least “Lush”-like of their studio albums). All in all, a great setlist for longtime fans of the band who never got to see them the first time around, and the new song shows they’ve still got some pretty good tunes in them 20 years later.

Check out the setlist and photos… 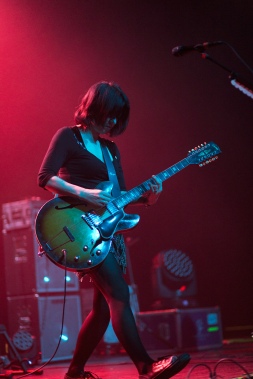 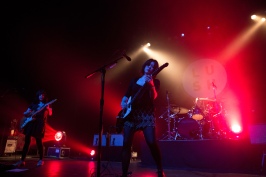 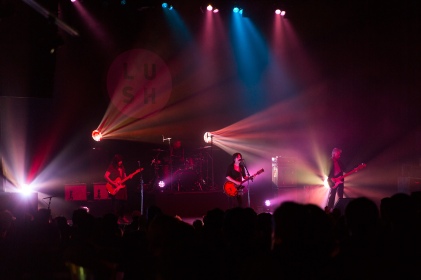