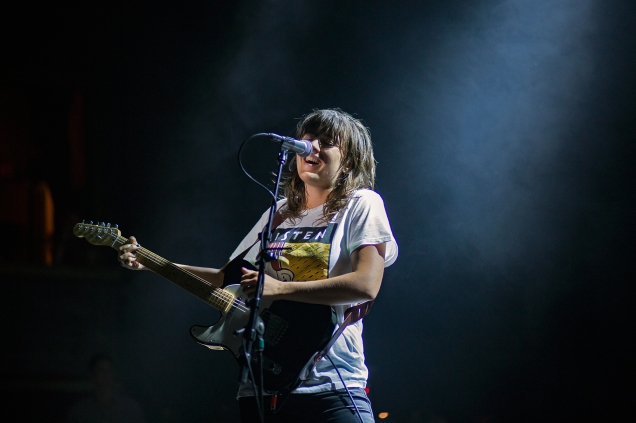 Aussie singer/songwriter/southpaw guitarist Courtney Barnett played a sold-out show at the Fillmore in San Francisco on October 21, in support of her debut record, Sometimes I Sit and Think, and Sometimes I Just Sit (and in between dates opening for Blur in LA and New York). END_OF_DOCUMENT_TOKEN_TO_BE_REPLACED

Aussie singer-songwriter-guitarist/rising star Courtney Barnett releases her highly-anticipated record Sometimes I Sit And Think, And Sometimes I Just Sit on March 24, and ahead of that she’s released another track from the album. END_OF_DOCUMENT_TOKEN_TO_BE_REPLACED

Melbourne-based indie rocker Courtney Barnett (who NPR’s Bob Boilen calls “the best lyricist in rock music today”) is releasing her debut LP Sometimes I Sit and Think, and Sometimes I Just Sit, on March 24 via Mom+Pop, and she’s announced a US tour in March starting in May. No Bay Area dates as of yet, but she does play the Bottlerock festival in Napa Valley on May 29th. She’s playing most of the other dates with Seattle female quartet Chastity Belt, including in LA at the Roxy on May 30th.