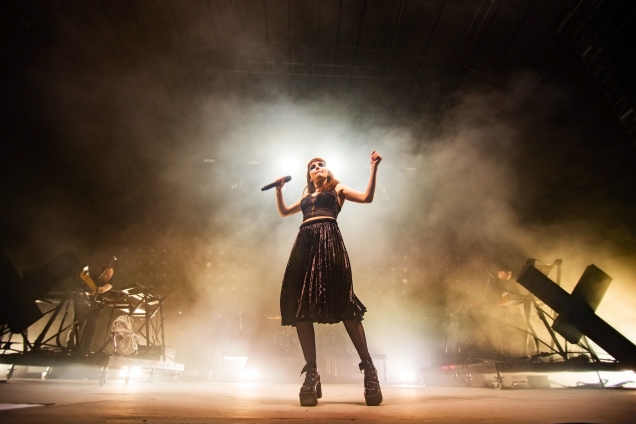 Scottish electro-rock trio (touring as a quartet) Chvrches kicked off the Greek Theatre at UC Berkeley’s 2019 campaign with a terrific set on a foggy Friday night in April. END_OF_DOCUMENT_TOKEN_TO_BE_REPLACED 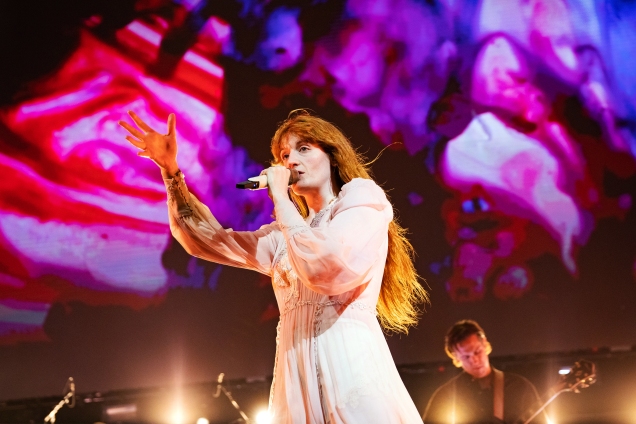 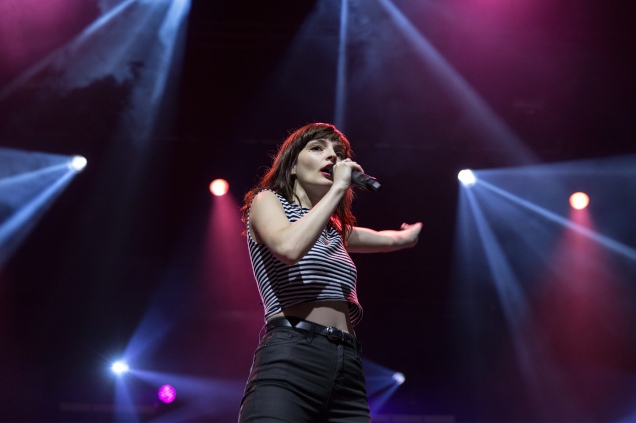 Chvrches played two sold-out nights at the Fox Theater in Oakland, in between Coachella weekends. END_OF_DOCUMENT_TOKEN_TO_BE_REPLACED 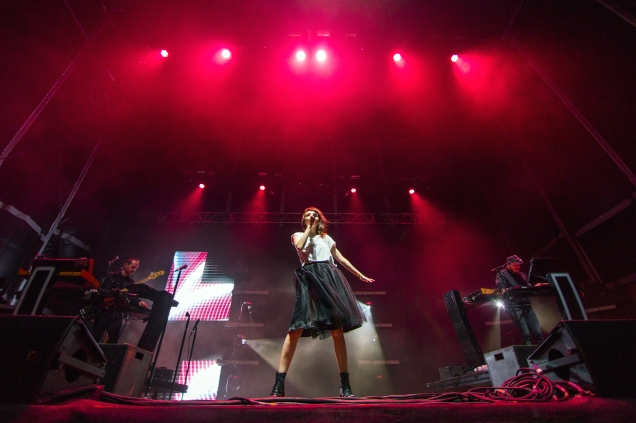 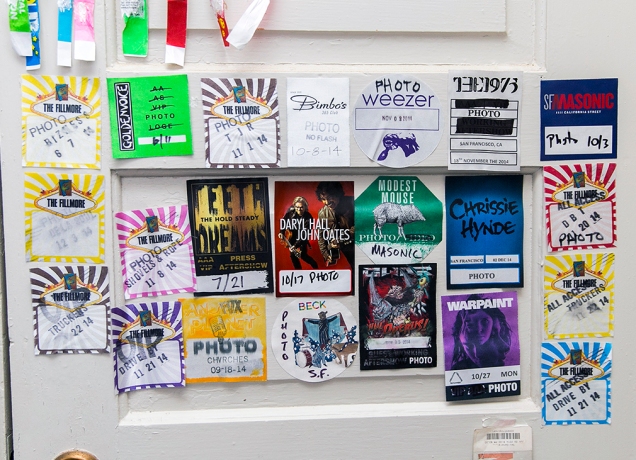 Saw a lot of music this year. While it was a less exciting year, personally, than 2013, I saw a lot more music than ever before. Here are some thoughts on the music I saw and heard in 2014.
END_OF_DOCUMENT_TOKEN_TO_BE_REPLACED 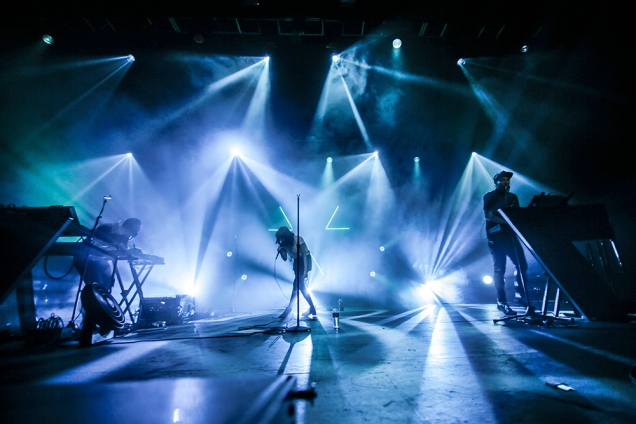 Big day for the Scottish on Thursday, September 18, 2014. The Scottish Independence Referendum failed to pass, meaning the Scots will stay in the UK and the Union Jack can continue to exist unmolested. For Bay Area residents, it was also the day that Scottish trio CHVRCHES finally returned to northern California, after their scheduled Outside Lands performance in August was scratched due to problems at the Vancouver airport (See, leaving the British Commonwealth doesn’t fix all your problems!).

So instead of an abbreviated set in a large outdoor setting, CHVRCHES fans who missed them at Outside Lands (as well as fans that didn’t want to navigate Outside Lands) got to see them in the beautiful Fox Theater in Oakland. Here’s to continued border crossing issues for bands playing festivals! 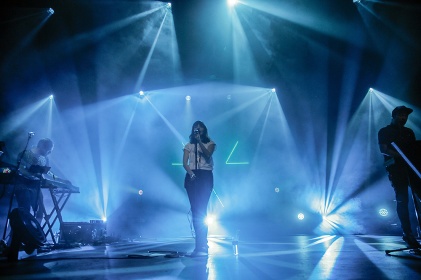 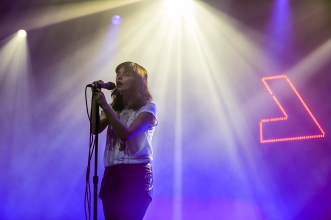 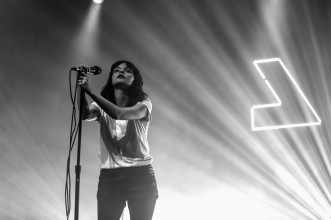 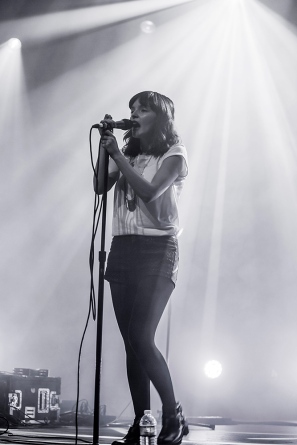 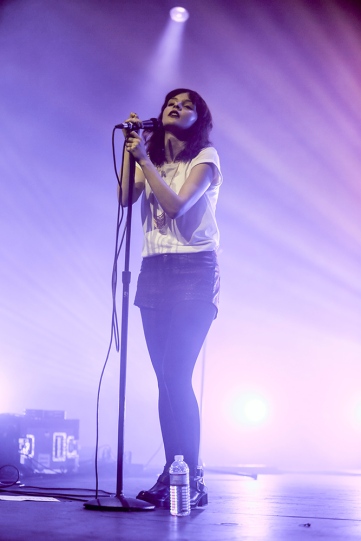 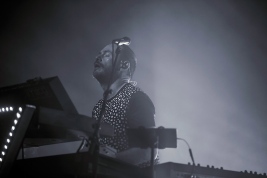 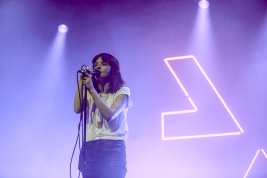 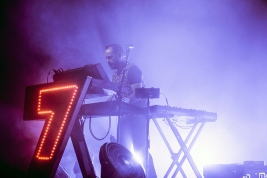 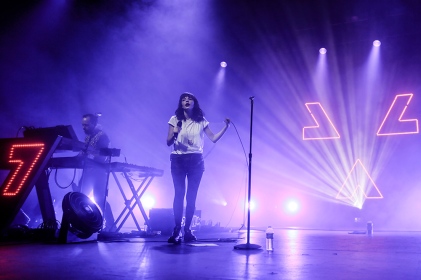 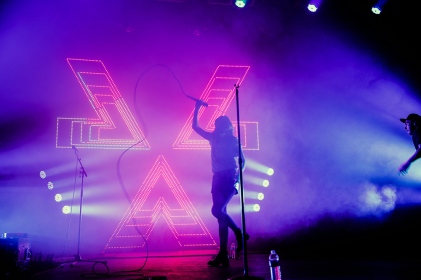 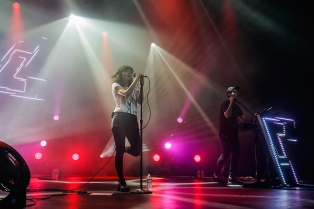 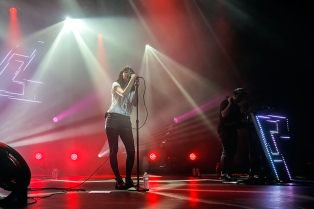 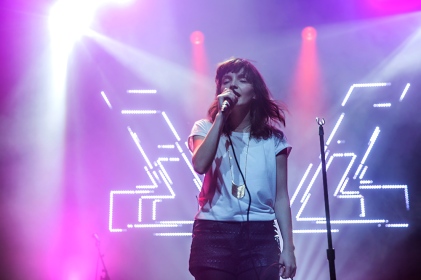 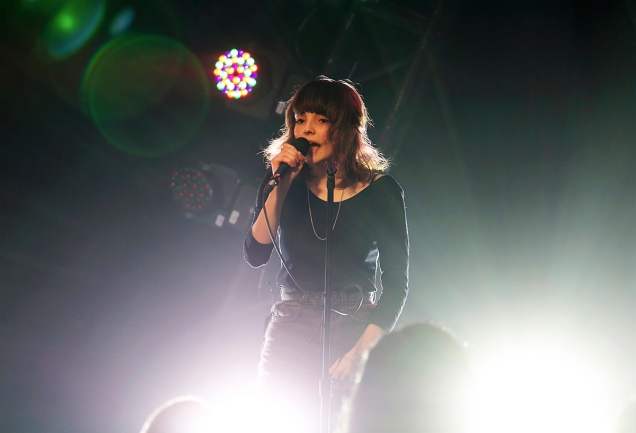 Scottish trio CHVRCHES played a small, invite-only show at the iHeartRadio Theater in lower Manhattan on Monday, December 12. The concert, broadcast live on the web, was the band’s second performance of the day, having recorded an appearance on Letterman a few hours earlier, and their second-to-last US show of the year. The band ran through their most of their debut record, The Bones of What You Believe, as well as a couple songs off their Recover EP.

Despite complaining of exhaustion/sleep deprivation, the band were convivial and charming with their stage banter, with singer Lauren Mayberry telling a particularly endearing story about their earlier experience on Letterman, where she had to stop herself from screaming Gandalf quotes at Ian McKellan. 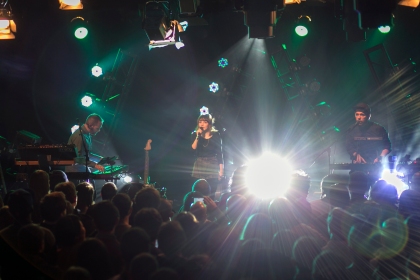 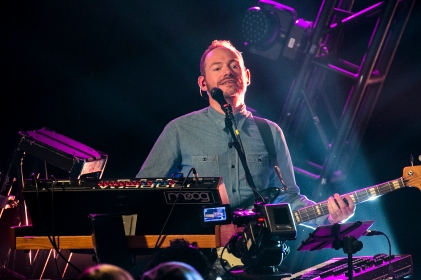 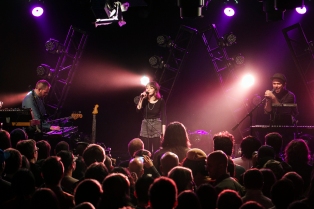 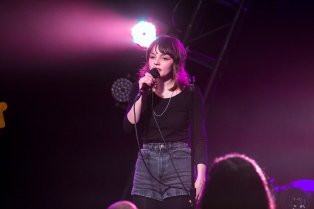 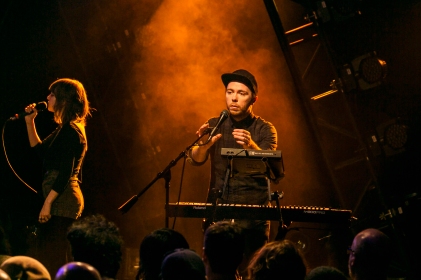 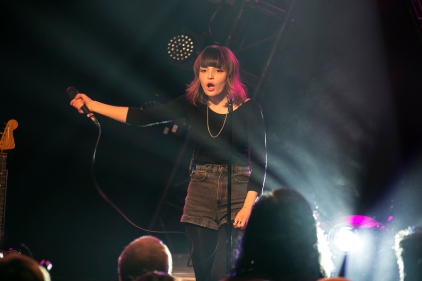